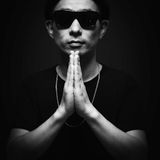 Japan’s turntable maestro, DJ KENTARO, has taken music appreciation in all genres to another level, and has managed to exceed expectations from his fans and has also gained respect of the music industry around the world. First entered the global music conscious in 2002, becoming Asia's first record-breaking world champion in a landslide victory at the DMC World Final. Since then, DJ Kentaro has not looked back; he has had a string of chart-topping singles and performed shows across the globe, played Fuji Rock and other large scale festivals outside his home country, notably US music Mecca, the Coachella Festival. The 2nd album “CONTRAST” release event “BASSCAMP” was a success in 2012, and BASSCAMP has done 5th & 6th ones alongside with Malasimbo Lights & Dance Festival in Puerto Galera, Philippines. The 7th BASSCAMP is scheduled in July 2016 in Tokyo. DJ Kentaro’s produced DJ Academy “World DJ Academy” in Tokyo has been going since 2015.