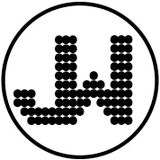 He makes a range of house music such as Electro, Progressive, Tech, Deep and now also making Trap and Grime.

Clubs He Has Played For:
-Buddha Lounge Romford

Events He Has Played For:
-WTF Music
-JustLust Parties

He got his first record signing with London Live Records with his original track 'Pharaoh' and still thrives to achieve his dream at becoming a very successful DJ/Producer! His sound has grew a lot since he started and is only going to get better! So watch out for James Waymouth as he rises through the ranks and achieves his dream!

As Hardwell says "If you can dream it, you can do it." James lives to this and won't stop until he achieves it!