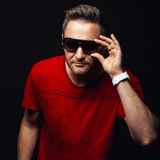 Dennis Lee began his professional career as a DJ in 1998 in „X-Dream“, one of the most popular clubs in Southern Germany, having the opportunity to play his sets shoulder to shoulder with the founders of the European House-motion.

Playing on the well-known sites in Germany, France and the United States, Dennis Lee has created his own club mood style, which is hard to adjust to any particular direction of electronic dance music. He calls it the „simply House“— and it contains of Electro, and Vocal, and Deep, and Tech, and Funk, and Oldschool.

Dennis' Lee mixes could be heard regularly on the official radio of Ibiza World Club Tour, the participant of which Dennis Lee is.

2012 — a brand new project in collaboration with Bozanov was born: Rockit to Stars!!! Scroll down and enjoy their first track "The World is Yours".