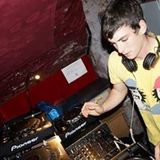 #jump up drum and bass

DJ Device started listening to drum and bass music at the tender age of 12, influenced by his older brothers tastes he developed a love for the music listening to fantasia tape packs in primary school, as time went on he brought a pair of turntables at 15 and started to teach himself the basics of mixing and scratching , once he was capable he started to tweak and perfect hes skills , during college years he took music technology where he picked up many skills and started to use them in production at home, soon started making my own beats and collaborating with friends.soon started mixing at house party's and local party's then in the following years after started mixing out in clubs in bristol such as Basement 45 and Blue Mountain alongside djs such as GUV , KOVE , JAYLINE , MAGISTRATE, MACKY GEE , BROCKIE , ALPHA & TURNO ,BRYAN GEE, Now a days DJ DEVICE is continuing all of the above and reaching out for even more