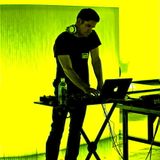 DJ Dave Dolphin is currently the resident DJ at Hakkasan in Beverly Hills.
He is recognized as one of L.A. & Orange County's top Club D.J.'s. His portfolio features most of the best clubs in L.A. & elsewhere. They include Louis XIV, Forty Deuce, Vertigo, Metropolis, Chester's, Club Lingerie, Deep,
Voodoo Lounge, The Hard Rock Cafe, Guy's, The Metro, Mannikin, Club L.A., Mick's P.B., & many more. He has also spun in Bali, Ibiza, Morocco, & Mexico. Dave has been essential in the underground dance music scene since 1989. Dave began his nightclub career back in 1982 in Denver at Confetti. Later he got the gig as DJ at "the world famous" Chester Drawers - in Costa Mesa, where he wowed crowds for over 10 years. Later, he landed a job at Louis XIV in Hollywood, where he DJ'd for about 5 years. From the 90's to present day, he has worked numerous parties all over LA: underground clubs, raves, desert parties, Burning Man, global gigs & local living rooms.
visit: www.DaveDolphin.com