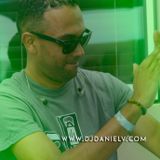 Daniel V originally from Medellin, Colombia is a DJ and musician known for playing house music, filled with latin and jazz influences. During his early life, he was exposed to these native latin sounds including Salsa, Merengue, Tango and the traditional Colombian folk music. DV grew up in a home where music was always appreciated, respected, and enjoyed. At the age of 8, Daniel V started his musical journey by taking piano lessons. After years of honing his talent, he landed a spot as a pianist in a local band where he performed at various events and locations around Medellin. In 1999, DV and his family moved to Boston, MA. As he adapted to his new life in America, his success as an accomplished pianist eventually led him down a completely different path: he was now destined to become a DJ. As DV began spending countless hours in local record stores, local bars and clubs, and networking with local DJs, his passion for house music quickly transformed into a career.