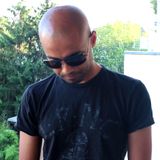 The Frankfurt/Germany DJ Clay 369, who put his name on the map creating exquisite mixtapes as a part of the Beatz Entertain.men-crew, knows how to mix catchy HipHip-beats combined with R’n’B and Dancehall, spiced up with a pinch of (Neo-)Soul and Funk without loosing focus on his own musical roots and avoiding drifting off into the mediocre mainstream.
During his active career of more than 10 years as being a DJ he has played in numerous clubs in his local Rhein-Main area. His versatility as a DJ is not only impressively emphasized by his wide range of covered music, but also by the fact that he has had many radio shows, as well as doing successful promotion and demonstration shows for companies such as Wolford (clothing), Motorola (Phones), Vestax (DJ equipment), Serato (DJ software manufacturer), Rane (audio equipment) and Ableton (DJ Software) across the globe in different countries and locations.