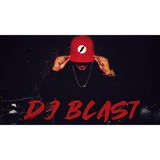 Never miss another
show from DJBlastnyc

The Name Is Xavier Blass mostly known DJ Blast. Originally from Mexico City, DJ Blast move to the US in the early 2000’s following the American Dream just like every other Latino in the US. During his presence in the US he begin to fall in love with all the kinds of music he heard on radio, tv, ect. Music like Hip Hop, Reggaetton, EDM ect. At the age of 18 he begin to follow the journey of becoming a known DJ after being influence by DJs like DJ Camilo, DJ Prostyle, & Alex Sensation, Tiesto, Armin, David Guetta & many more. After 2 years of djing in many house parties throughout high school and little lounges and bars afterwards, he finally got a chance to become a DJ at one of the most heard radios in Atlanta named La Mega 96.5 FM on the month of October in 2012. Taking him to the next level of djing. And ever since he started rocking at some of the most known nightclubs in Atlanta. Clubs like Loca Luna, Tongue & Groove, Fuego Lounge, Havana ATL, Illusions (Richmond, Va), Marquee (Las