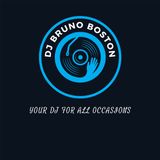 Bruno has been Djing in Boston since 1987. He became known in the college scene in the late 80’s to early 90’s for mixing Hip Hop, Reggae, RnB & House Music. Then in 1991 he began a residency at the Boston Loft after-hours club with Armand Van Helden. In February of 1992 he started the Legendary Utopia Parties.. The Utopia parties have featured house music royalty such as Louie Vega, Kerri Chandler, India, Barbara Tucker, Ultra Nate, Byron Stingily, Josh Milan & many more. DUE to this pandemic Utopia has gone virtual every Friday on www.dhpradio.com from 7pm-9pm est. He also does a weekly house music show on Mondays from 11am-12pm est. The show is s called H.O.M.E. on www.facethebassrecords.com