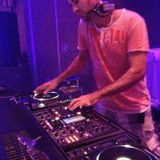 Never miss another
show from Sylvio

Started djing at the age of 14 as a hobby, influenced by Chris Sheppard's techno/house style, picked up the taste for raves in 1996, went strictly vinyl in 1997, played at a radio station in 1998, began professional mobile djing in 1999, did many many bar/club gigs after 2000...picked up a part-time residentsy at Oxygen Night-Club from 2003 to 2006...moved on to private parties and outdoor events after 2008, started recording mixes after 2010, joined an underground rave collective in 2012 (ECG) and started organizing events, and now djing just about anywhere 4 fun and converted to the digital world of Serato and using CDJ2000's as media players. Styles thru out the years went from Trance / Electro / House to Dancehall / Raggaeton and even Moombahton! Now experimenting with Trap music and Music videos. Contact me for bookings @ http://www.facebook.com/pages/Super-Mixx-Dance-Party-Jukebox-2000-Ltd-Mobile-Night-Club-DJ-Service/129063970464581