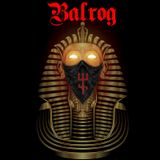 Arthur Balrog is the name behind the project DJ Balrog.

Arthur is a natural musician since his youth, he began his career as a DJ and producer of electronic music in 2012, with an already inactive dark psytrance project called Mindcrusher.

Although he played and produced electronic music for a few years, Arthur never let his love of underground rock'n'roll die in his heart.

Dance of shadows is a show dedicated to gothic music and its genres.

In addition to playing Death rock radio, Angst radio (ex), and Mutant radio (ex), Balrog played in some of the heart of Brazilian Gothic scene, such as Madame Satã (currently only Madame), Via underground, Deepland festival, Alquimia gothic nights and others ...

He is currently a reserved DJ, who plays sporadically in the city's nightlife but who is a prominent presence in the confines of the internet.