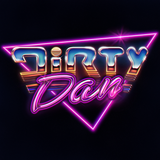 For the last 7 years he has topped the charts for U.S. TV’s Music Choice Dance/EDM channel. Bringing the best of pop music and underground electronica to millions of homes weekly. With his hybrid blend of house, techno and popular music his infections mixing and exclusive track selections have kept him in the top rankings. Often using his own edits remixes and originals to showcase his own hard work..

His imprint Fresh Farm Music with his partner Oscar P, debut this June and has taken off. getting tons of support from Traxsource picking up the label, as well as Dirty Dans tunes for the Nu-Disco Essentials charts as well as charting in the top 100 Nu Disco tunes with his track ‘1978’. His tracks have been supported by the likes of Carl Cox, Maceo Plex, Joseph Capriati, Slam, Marques Wyatt, Paco Osuna, Osúnlade, Quentin Harris just to name a few.