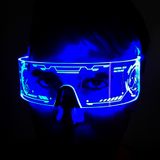 Never miss another
show from CyberMousey

Clip of Closing Demo
by CyberMousey

Having grown up in the Tri-state area of New York City where the nightlife couldn’t be compared to anything else. He was indulged and addicted to the culture, it was never enough. But craving the warmer weather, he headed south and soon forgot the scene.
​
It only took one trip to a club in Florida, before the passion stirred within him one again. Now aching to produce tracks like the ones heard on stage in addition to being a DJ. It became to be the only thing he could think about.
​
He learn to DJ quickly and aiming to be recognized for his talents, he learned to play open format in Top 40, everything from Ariana Grande to Z.E.D.D. with a specialty in and House Music.
​
Now with a love for video games, anime and tech, it gave him opportunities to bring that to his DJ sets and give it a sound unlike anything you've heard. When Abe is on deck, there's a chance for you to experience tracks, and sounds you will soon want more of.