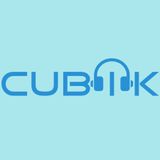 Never miss another
show from Cubik

Dutch DJ Cubik has developed an early passion for music and electronic music equipment. Like many he started to listen to popular music but didn't satisfy his curiosity.

The Dutch house music scene started to become booming. More stimulated on the energy of the music, he got in contact with a few party organisers and he got a shot at performing at his first house gig in 1992.

After his first performance bookings got more frequent and he played at big raves. He became resident DJ for LoveJoy for a couple of years, DJ-ing side by side with big names like Buzz-Fuzz, Pavo, Prophet, DJ Paul, Dark Raver.