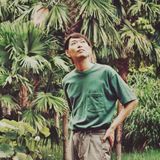 Never miss another
show from Collioure

COLLIOURE Scratch It Or Live It With Thamzini
by Collioure

Chill Out Session 378 (including: Collioure Special Mix)
by Zoltan BiroReposted

Collioure a.k.a. Takahiro Nakamura is a Japanese Music producer. He started career in 2003. Until now, has released 4 full albums: Colors of the Spirit (2005), Truth with Elegance (2007), Timeless Pulse (2010) and Dreaming of Paradise (2013). Has made tracks for labels all around the world: in Germany, France, Italy, Spain, Greece. Russia, Ukraine and Canada, among others, both originals and remixes. Has strong ties to scenes not only in Japan but also worldwide. With his label, REIMEI MUSIC, he stimulates the scene by releasing works by many talented artists and supporting them.