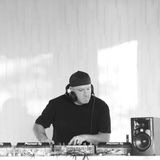 Ever searching for challenge, and championing each one that he finds, Marc Rousso is embracing a new DJ/producing career despite having already carved out an iconic career (twice over). His DJ career started in the early 90s, appearing at hundreds of parties and clubs. After a 20+ year hiatus, he’s returned to embrace his passion.

Marc Rousso has quickly become a major player in the FUNKY / GROOVE / JACKIN HOUSE dance music scene, currently ranking as the #6 DJ on Beatport. (As well as #125 in the main Beatport chart.) He has
cemented himself as a globally recognized producer with five top 10 releases and over 20 top 100 tracks.

He has released on God Made Me Funky, Next Gen Records, Instereo, Tribal Kitchen, Koolkutz, Rawtone, Tactical Records, Which Bottle? and
Omerta.