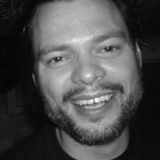 Nicola Candelaria saw the light of day in 1979, at a time when New York garage and disco sound was at its height. It's probably also because he is so rooted in that sound. Nicola first came into contact with electronic music through the track "life is for living" by Barclay James Harvest and the albums by Jean-Michel Jarre. But it wasn't until the mid-90s that the moment of ignition for his extraordinary DJ career came. He got DJ Sneak's "Moon Doggy EP" and he was immediately hooded. From then on he became more and more absorbed in house music and its origins and learned the DJ skills. Not least because of his numerous visits to Hip Hop parties, his playing style is very much influenced by Hip Hop DJs. Since 1999 Nicola Candelaria is host of his own radio show called "Radio Electronica".