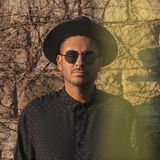 If you have not heard Camilo Franco playing before, you are in for a real treat, he is not only a resident at the Ibiza’s institution and Club Nº1 that is Space Ibiza, he is one of the most international Spanish DJ’s.. He started his professional career at 15 and a few years later he already worked at the best clubs in the country and in the five continents. In 2002 Camilo became internationally famous working as the image of a trademark. He plays over the world its House sound, which never ceases to impress the audience and when he is behind the decks you will convert to Camilo Franco. As a producer, he has done several jobs and he has published in several labels, among which we can point out Nervous Records, Urbana Recordings or Defected Records. His style can be described as house in all its sides. As he says: "I love making people víbrate on the dance floor"