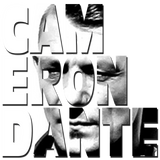 In 1988, Cameron ‘cut his teeth‘ playing in Spain and it was there he perfected his technical ability. During the Early 90's Cameron was part of Dance Pioneers Bizarre Inc, While touring the UK, Europe and the USA he still managed to release some independent classics as 2 Much, and Vertigo.

Not only is Cameron an MC, DJ and Producer For more than 2 years Cameron presented both, Saturday & Sunday early morning shows on Kiss 102 Radio (Manchester) and spent 8 consecutive years producing, presenting and DJ’ing ‘one-off’ annual dance shows for BBC Radio 1

In 2002 he co-owned and set up the massively popular Manchester club ‘Ascension’, plus... running 2 VERY successful independent club nights. It has been said 'Cameron embodies the spirit THAT IS Dance Music Excess'.