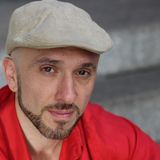 “DJ’s need to be getting in the middle of the dance floor to feel what really moves a crowd.”

That’s what initially inspired Boris to want to be a DJ as he would dance the night away in the 90’s NYC underground club scene.
“I wanted to go on a musical journey but it seemed so challenging to find a DJ that could consistently provide that.” Influenced by NYC legends such as Junior Vasquez and Danny Tennaglia, he started producing his own music and eventually took up djing as well.

Boris’ sound is a fusion of tribal percussive funk, dirty drums and groovy baselines interwoven with etheric vocals and chunky synth leads that resonate throughout your whole body demanding that you move to it.

Taking his dance floor on a climactic journey is what inspires him and not even the sky is the limit as far as what the future holds for this rising talent.