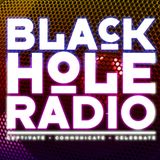 Black Hole Recordings, founded in 1997, started with the release of Tiësto’s hailed “Magik” mix compilations. The instant success of the series made it possible to expand, and in 1998 Black Hole Recordings added two new labels to their imprint: “In Trance We Trust” and “Songbird”, which became the label of choice for Tiësto’s “In Search of Sunrise” series. By 2001 another label was added to the roster: “Magik Muzik”. Initially used for Tiësto’s singles, the sub label expanded quickly and also released material from other artists. Throughout the early days of Black Hole Recordings many now famous DJs and producers got their first break to release a DJ mix compilation. Ferry Corsten, Armin van Buuren, DJ Montana, Cor Fijneman, Johan Gielen and Ton TB were amongst them, and up to this day a lot of new talent takes the first steps in the industry on Black Hole Recordings. http://spoti.fi/Lbafwa