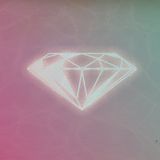 Never miss another
show from Bijoutiers

Lulled by the sounds of Soul, Funk and Jazz that were played long before their childhoods, Pascal (aka Bijoutier without 's') and Greg (aka Joe d'Absynth) decided to perform as a duo following a musical crush triggered by their common love of synth-pop, disco and other Discoïd electronic musics (italo/space/dark disco).
Bijoutier particularly likes rare grooves and African funk; round, throbbing basses and rhythms leading to trance (but not only). Joe contrasts with his love for the precise rhythms; dark athmospheres and cold basses of new wave and EBM (but not only).
Together, they offer an adventurous journey in their musical universe without borders; an epic in their eclectic selection where Hip-Hop can rub shoulders with Bossa-Nova as much as Eurodance, Techno, Kraut-Rock or Finnish Pop.