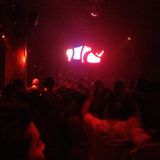 Never miss another
show from BiggNuggets

Footprintsound.com
Brian Cox, known around the San Francisco bay area as DJ Nugz, Nuggets, Nugzie, B Nugz, Nugalicious, Nougatino, Dr. Nugz, or Judge Nuggalito began his career in music when he acquired his first turntable at the age of 5, making “pause button” mix tapes at the age of 10, and getting on a set of Technics 1200 MK2 turntables a few years later. He now has over 20 years experience in the booth. Brian moved to SF in 2004, and when he isn’t traveling to places like Mexico, Argentina, Berlin, the Miami Winter Music Conference, New York, Vegas, or Burning Man (DJ'd for last 12 yrs), he can be heard performing in prominent SF nightspots such as Mighty, Public Works, Ruby Skye, Mezzanine, Yoshi’s, and the legendary 1015 Folsom. He made his mark creating late night underground soirees at a special little space know as “123”, with his production company Footprint Sound. These are regarded by true nightlife professionals as some of the best parties in SF.