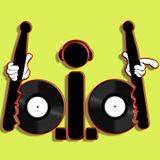 Never miss another
show from Bid

From his humble beginnings in a small village on the outskirts of Birmingham, England b.i.d (aka Sebastian James Beresford) began twisting, turning and manipulating beats and sounds into things fresh and new.

To cement his innovative yet appealing credentials he’s successfully contributing to the recent reformation of the mighty electronic pioneers Leftfield designing sounds and beats within the show, a sure sign that he’s equal to the worlds best.

Having cut his teeth playing with Motown artists, working alongside some of the worlds most successful producers, signing a major record deal achieving platinum & gold record sales and having his name associated with some of the biggest DJ’s on the planet, it’s no surprise b.i.d is beginning to emerge as one of the best kept secrets in the UK electronic scene.