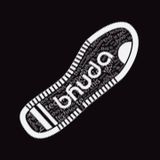 Never miss another
show from Bhuda

Spanish born in the late 70's.
Influenced by the electronic music of the 90's, especially by Techno.
It was not until early 2008 that he took the leap to the scene with the hand of "Bass South colective" marking his style and tendency towards the darkest and hard line of Techno (Hardtechno & Dark-Techno).
His move to "Grooving Brothers" and "Elektra of Sound" marked a small nod to the Techno-Minimal & Tech-House.
In the following years he has made his technique and sound evident in different stations, festivals and rooms of national and international geography such as Yasta (Madrid), Reset Club (Zaragoza), Zhu: club (Valencia), Festival "Locos por el Techno "(Cuenca), Construction Lisboa (Portugal) ...
And of course, in numerous Rave's.