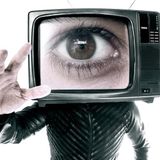 Never miss another
show from Beatronik

From Punta del Este, Uruguay. Beatronik began his musical career in the late 90's with residencies at La Morocha and La Plage. Accompanied by his live radio shows about the growing dj culture, he became a major influence on the scene all over South America.
His first productions in early 2000 were supported by great DJs like Hernan Cattaneo and Paul Van Dyk among others. For several years he was performing and producing under other pseudonyms, experimenting with different styles of electronic music , releasing music on international labels such as Baroque Uk and SAS Rec Acquaviva.
After touring many countries in the South American region, playing such events as W Club Montevideo to the Week Club Rio de Janeiro, 2010 arrived and this is when the project Beatronik was born.
“Everything was very spontaneous, from a crazy idea! I did not know what would be the result but something told me it was going to be big! “..more bio ..www.beatronik.tv