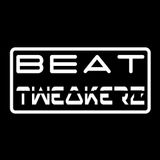 Beat Tweakerz indulged his passion for music from a very young age. He got his first computer at the age of 12 and began learning about music technology from friends and family. At the age of 13 he got his first pair of Technics 1210's, where he would spin for hours searching for the perfect beat. He progressed from mix tapes for friends to higher profile mixes when he discovered different sequences for his computer. At the age of 15 he was spinning at house parties, clubs and raves. His first Rave was called “Summer Revolution” in the Mojave Desert.

Over the years, Beat Tweakerz continued to play at major clubs & festivals all over the world from LA to Kiev & Poland. Playing alongside talented DJs such as Jon O’Bir, The Thrillseekers, Mike Hovsepian, Von Ukuf, Yvonne Black, DJ Irene, Lisa Silver & Kristina Sky along with many others.