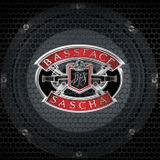 Bassface Sascha truly is the one Drum&Bass pioneer in Germany. Back in 1991 he caused germany’s first break-beat-hysteria in the Rhein-Neckar-area radiating from the milk!-club in Mannheim, which soon reached Frankfurt (the legendary XS-club) and the rest of Germany.
Since then he has been playing all around the globe and has become an essential part of big D&B and electronic music-events and festivals like Love Parade, Mayday, One Nation, Kings Of The Jungle, Meditation, Future, Nature One, Sun and Bass and many more. Clubwise he has played all over Germany and in various countries like Hungary, Canada, UK, Bulgaria, Austria, Switzerland, Italy, Spain, Finnland, Belgium and many more!
Sascha's sound as a D.J. reaches out to all ends of the D&B spectrum starting from Liquid and Deep D&B to Jump up over Neuro to Dancefloor. But over twenty five years of djing on the whole, the fact still remains: Sascha can boast his very own mixing-technique with 4 decks that still gives him a strong r