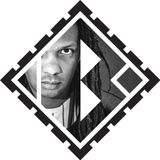 Never miss another
show from Bailey

Support Bailey by subscribing directly to this channel and get access to exclusive rewards.

Bailey has been entrenched in drum & bass and jungle since the earliest chapters of the movement – his role on pirate station Energy FM, his residency with Metalheadz during its most era-defining Blue Note moments, his 10 year tenure at BBC Radio 1Xtra, the list goes on – but most importantly he’s still right in the heart of the scene now. Resolute, inspired, dedicated; he’s one of the most consistent selectors and supporters of the genre in every possible direction.

As a broadcaster he’s never been busier with regular shows on Mi-Soul, Subtle FM and DNB NYC allowing him to push the very best of new drum & bass and champion new talent across multiple platforms and territories. As a promoter he’s the co-founder of Soul In Motion, an event brand dedicated to the true underground sound that’s renowned for its midweeklies and unique inner-city locations. As a vibe-obses