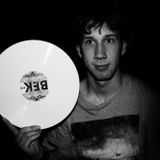 Ben Auwerx (Ben Vulpes) was born on the 19th of November 1993 in Tongeren (Belgium). He started to listen to Techno and trance music when he was still very young and this had a big influence on his music life. His dad had pretty much the same taste of music. Ben started to make small mixes with the cd's that he got from his dad. He was 13 years old at that moment and he had already made a lot of mixes with audacity around that time. In December 2008 he bought his first Dj Equipment and started spinning records. A few months later he made his first mixtape for the local radio station Topradio. His first gig was on the 23th of June 2010 at the Aquamania Poolparty, organised by Topradio where he did the opening of the event. In November 2010 he started mixing online on the inernetradio Starradio. 2 years later he started mixing on the livestream channel “housemusicsocialnetwork” but that channel quickly died out.