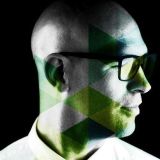 Never miss another
show from B-Have

is parents sent him to music theory and percussion school as a young kid. As teenager, living in Belgium he was hit by the wave of Belgium clubbing scene.

Dancing in clubs for years, he was influenced by his family music taste as a young age, and was raised in a household where Kraftwerk, Klaus Nomi and Telex were playing along with Pink Floyd and Tangerine Dream and you can hear in his music the influence of it.

In 2002, he won the Techno Train Competition organized by Radio Nova the famous Parisian radio station with Laurent Garnier and Ariel Wizman in the jury.

After numerous gig in clubs, bars in Paris, Brussels and residencies including La Demence, Bar 60, his own Playground Project, and Le Dolores he is currently playing at Le Belgica, Le Bar du Marché in Brussels and Café Luxembourg
B-Have has graduated in 2017 from The SAE Institute, specializing in Electronic Music Production.