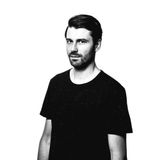 Never miss another
show from Azer

Azer got hit by hip hop hearing a dj spin A Tribe Called Quest on a local radio station during hip hop’s golden age, the nineties. Ever since that moment hip hop stood at the center of his musical universe, leading to his love for jazz, funk, soul, afrobeat and all types of bass and electronic oriented grooves.

In addition to playing dj sets all over Belgium and lately in France, London & Berlin, he has been the resident dj for All Eyes On Hip Hop for years, is a regular guest dj at Democrazy events and shared the stage with a long list of international artists such as Talib Kweli, Dilated Peoples, Hudson Mohawke, Pac Div, Souls of Mischief, Apollo Brown, Aloe Blacc, Oddisee and recently even the legendary Jeru the Damaja asked him to dj his show at the Vooruit in Ghent. Azer also co-curates the Brussels Hip Hop list at 22Tracks and has a weekly radio show on Urgent FM.