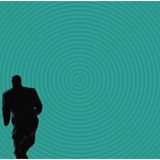 Never miss another
show from Architektur

Since 2000, Architektur has played Downbeat and Dub in cities from Cabo San Lucas, Mexico to Vienna, Austria. The Wire Magazine described his debut album, Travelogue, as 'Meat Beat Manifesto collides with Shorty Rogers' and Austinist proclaimed the album as 'the soundtrack to the Mothership'

Architektur is also the co-curator of the acclaimed, "Top 101 Downtempo Albums of All-Time"

The album "Musik For Film" was compiled by Architektur, and was ranked among the best "Downtempo" albums of 2008, "Big up to Architektur, the man behind the great 'Musik for Film' compilation...this cd is a must-have for every downbeat/chilled dub fan...great stuff!!" - FM Brussels.