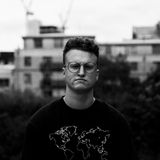 Ant Abbott- Submission for IN2's Search for Residents
by IN2RADIOReposted

Jr Wells- Submission for IN2's Search for Residents
by IN2RADIOReposted

Born and raised 5 minutes from the thundering vibrations of Fabric nightclub. Ant Abbott has grown up surrounded by the diverse sounds of underground dance music in the heart of East London.

With a rapid succession of tracks being signed to Roller Blaster, Illuminati and Vanilla Ace's Wyldacrd Records. Ant Abbott has gone from bedroom producer to a regularly signed artist in 2020, taking full advantage of being locked down during the worldwide pandemic.

On top of this, four years of DJing has presented the tech-house enthusiast from the small confines of his university bedroom to a residency at Lower Deck nightclub for a year, warming up recently for UKG legends Artful Dodger. With more tracks being signed, the twenty-two-year-old has now earned himself a residency at Illuminati Events.

One to look out for in the future for sure.