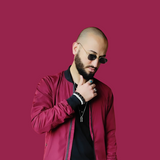 Mouhy Eddine (born march-27-1993 in Morocco better known by his stage name “Angger Beatz”), is a DJ & Music Producer and songwriter from Morocco. At only 7years old he already knew piano, guitar and musical theory; at only 15 he started to write, play and perform his own songs, following his path. After various production experiences he started the “Angger Beatz” project in 2010, signing his first record “With You” (song that he produced & wrote) with his own Record Label (Angger Family Collective); Just a few months later major labels and internet blogs/youtube channels started to show interest in this young phenom: first record deals with Sony Music and Warner Music were signed. In 2019 He Released “King Of The City”, “Never Change”, “Señorita”,the last one brought him his first little success.