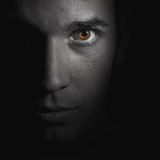 ANGEL GUIJARRO FOR YOU
by Angel Guijarro

Born in Toledo, Angel Guijarro began his musical career at age 15.
At its manages to capture the feeling he has for music and good work behind the decks. His sets to 3 dishes are full of strength, very groovy and with a highly developed, which makes their sessions are very personal.
He has been resident for four years in the Cave Room and in 2008 begins as resident Technosis Club already performed in other rooms as Fabrik, Atlantis, Arco room, La Granja, Alevosia, Metropolis, Room Image and festivals like Space of Sound Tour,Kriskrock,Technokrock, True Spirit and shared the stage with the best national and international dJs like Ben Sims, Nuke, Cesar Almena, David Moleon, Pet Duo, Technasia, Alan Sommerville, Tim Baker, Oscar Mulero, Cristian Varela, Pepo, Reeko , Exium, Fatima Hajji, Pelacha, Paula Cazenave ...
Today I this dump in music production where plasma all his musical restlessness devoting time and effort to their themes based on the freshest or even a little commercial te