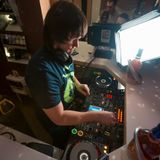 Andrey Kiselev started his musical career in 2008.
Initially, the main focus, he chose for himself Progressive Trance.
He really liked it when students feel the music, enjoyed it and got inspiring emotions.
He organized a private party for his friends and acquaintances, which eventually was going to more people.

After a while, his mixes were heard on the radio. Each week, he hosted his own radio show on Megaport FM under the name DJ Admin, and wrote guest mixes for other stations.
Since 2009, he was invited to various clubs Kazan.

Apart from DJing hobby, he studied music programs and wrote his tracks. The most famous of creativity Andrey Kiselev became a track titled Beautiful life. He was released on Nitrous label in 2010.

In 2012 Andrey Kiselev became a resident of "Department" a popular cafe in Kazan. Every weekend at parties gathered a lot of people on the dance floor to ignite a favorite DJ sets. The musical direction was changed to Electro House / Club House / Pop.