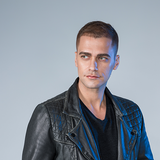 Andrew Ford has been DJing at events throughout Taiwan, and abroad. Originally from New York City, he gained experience in New York and Boston’s clubs and as a manager of Satellite Records Boston.

Since 2009, Andrew has been the International Event Manager for the 18Group (Room18 and Barcode Taipei) as well as a resident DJ for both venues. Before his signing with the 18Group, he was a regular guest DJ at many of Taipei’s other clubs and venues. In addition to his responsibilities with the 18Group, he is regularly selected to DJ for special events for companies such as Versace, Belvedere, Mercedes Benz, Fendi, Folli Folli, Zara, and A/X. He was also chosen to DJ Beyoncé’s private party during her stop in Taiwan during the 2007 Beyoncé Experience tour.