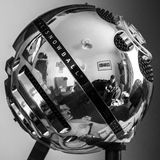 Never miss another
show from Along The Tracks

Beardy Folk Special
by Along The Tracks

Along The Tracks features music from right across the acoustic spectrum and is hosted by Fatea Magazine's editor, Neil King. As with Fatea, many of the acts featured are rising names with in their genres, often making their radio debuts.
It's easier than ever to record a cd and harder than ever to get it heard, Fatea and Along The Tracks help artists get heard.
Along The Tracks is currently broadcast on Blues And Roots Radio at Friday 11pm(Uk Time) and Wednesdays at 4pm. http://www.bluesandrootsradio.com/ for more details
To get in touch about having your release reviewed and considered for airplay, please get in touch via: http://www.fatea-records.co.uk/magazine/contact2.html
Get to know some great musicI