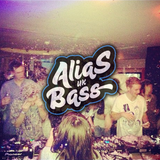 Never miss another
show from Aliasizm

Since formation as a virtually unknown and somewhat illegitimate YouTube channel in 2011, Aliasizm has gone on to carve out a niche audience that has proved influential in the recent rebirth of the UK bass scene. Formed by 2 friends, based in both London and Munich, this international connection has proved invaluable in their supporting of a diverse range of electronic - with support coming from tastemakers as influential as Skream, New York Transit Authority, A1 Bassline, Kowton, Paul Woolford, amongst others.