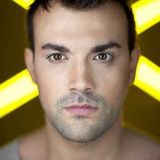 Never miss another
show from AlexUnder Base B

Alexandru Enache, better known by his stage name AlexUnder Base, is a very talented romanian DJ born in Constanta, in 1984.As a new comer he started from scratch in a small club, Club Five in 2002, but it didn’t take too long until he made himselfknow and got invited to mix in one of the most popular clubs at that time, “Club Primo”.
For a while he was a resident DJ in Primo,mixing mostly house music. Shortly after that a new club opened, Club Oxford in 2003, and he moved a step higher, he started touplift and perfect his skills.
The mixes are based on electro-house but his knowledge made possible a fusion between different styles,combining it with electro-funk, groove, minimal and tech.
In 2006, AlexUnder Base, invested his income in perfecting the mixingplatform with s