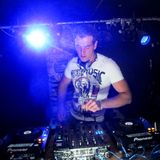 ALEX DI WAYNE - Do u know me? (PSY-TRANCE)
by Alex Di Wayne

Dj D Our Drum and Bass Music part5
by dylbop77Reposted

Alex Di Wayne - Adrian Young DJ from Poland. He began his career still in adolescence. Already in elementary school was interested in club music. After many years of trying their hand at making music (he played in the production) programs Fruti Lops, and programs for mixing Traktor Dj, Virtual Dj and then realized what it really loves. When viewing the site on the Internet found the radios' Eskapology "there he met many wonderful people in this Dj Vojcio - Aka Kris [Poznan], with whom he had the chance to play. When spent lot of time playing at internet Radio Station Alex looking for going out from the room and then starting play the first parties when hi was 17year old. For past years was playing and clubs and events now part of the crews Dirty Audio UK Events . Alex don't like just the music hi loves the sound and vibrations on the dance floor when playing the tunes. The biggest evolutions with music was 2019 when Alex back to Underground kollektiv radio. He is one one resident of ko