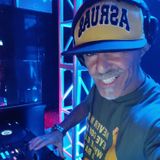 Never miss another
show from AldoRadio

WHERE IT ALL BEGAN

There are DJ's and there are Professional Event Producers/coordinators. DJ Aldo began his illustrious career on the rich London Underground Club scene, a mecca where Electronic music burst onto the scene with an engaging popularity during the 80' s & 90's.