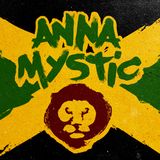 3Voice In 85 bpm (halfstep)
by 3Voice aka IndamouseReposted

Born in Athens, she started collecting Jamaican music in 1986 and playing Jamaican music in 1995. Since then, she's been holding residencies under the MYSTICAL REGGAE label in Athens (the legendary 1-22 reggae night holded for 10 years in a row). Apart from Athens and rest of Greece she has been invited to spread out her unique style in Milan, in London,in Brighton, in Cyprus, in Albania . In Athens she has played and organized gigs in literally any club that could hold a reggae night, playing with the likes of: Nick Manasseh (uk), Dom (Blood and Fire Soundsystem, uk), Ras Styler (House of Roots, uk), Spikey T. (uk), Robert Tribulation (uk), Keith Lawrence, Soom T., Afrikan Simba,mc Champian, Brother Culture,mc Trooper,Abi from soul jazz records,Blend aka Mishkin,Jahtari Crew,mc Trooper, mc BNC and many more.
With Blend aka Mishkin they were running the ‘’MAMMY HOT-DADDY COOL’’ from 2008-2014.
Participation to Dubwise Hi-Fi sessions and to Reggaewise sessions.