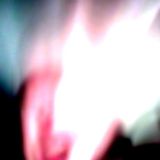 Never miss another
show from ANATOMIST

ANATOMIST has been writing and performing his own brand of distorted break-dub and sprained melodies since the late 90s. Mile-wide bass lines, brittle percussion and drunken beats combine with found sounds and multi-layered distortion to disorienting effect. He has been busting bass bins live around South Wales since the earliest incarnation of machine.records' Terminal nights and has played with everyone from Schnieder TM to Client.

His last LP 'Ingrate' was released August 2009 and while the dubstep influence was still strong, there was a lot more thrown into the pot this time around. Bass is still the predominant force, backed up with the muscular drumming of krautrock, off kilter strings and King David melodies. As dusk turns to dark, then to dawn, a soundtrack unfolds, a hymn to the hazy lost weekends of urban summers and nostalgic nights out. Paranoid whimsy from broken machines.