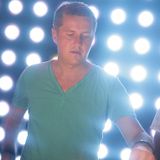 Never miss another
show from Andreas Henneberg / The Glitz

Despite the super fierce competition in Berlin, Andreas Henneberg has made a fine name for himself as a DJ, label manager and producer of great repute, with a sonic fingerprint that is easily recognisable yet hard to define. Since starting out in the 90s, he has put his name to over 140 releases that operate somewhere between Techno, House and Minimal and always explore unfamiliar sounds in unique new ways.

As well as being the founder of his own label Voltage Musique (with friends Daniel Nitsch, Marquez Ill and Stefan Schuldt) which turns ten years old this year, Henneberg has also made himself at home on influential imprints like Ideal Audio, Confused Recordings, Herzblut and AREAL and is a key part of the Plantage13 family. He doesn’t only produce under his given name, though, but also explores a number of other styles of music as The Glitz (with...