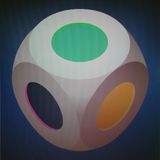 Never miss another
show from 12z

12z feat. Micachu, Márk Bartha and Fran Levi - The Die Before You Buy session
by 12z

As pure improvisors, Bálint Szabó and Márton Kristóf have constructed a substantial body of work, including film scores, studio recordings, and a significant archive of 12z [sessionz] — weekly improvised jams with a shifting cast of collaborators. These Sessionz were compiled into a self-released podcast which followed their self-titled debut on Hungarian label Farbwechsel. All this is not even to mention their live work, which is at the foundation of 12z’s craft and artistry. With Bálint on guitar, Márton on electronics, and guest member Áron Porteleki often joining on drums, they fluctuate between jagged rhythmic passages, floating moments of harmonic tension, and any other form that emerges, always chiseling structure from the chaos.