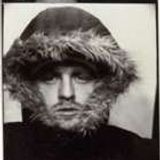 Never miss another
show from 100Tons

Resident DJ and Promoter at the Golden Gate Club in Berlin.
www.goldengate-berlin.de

A short overview of my breath taking musical carrer (which started fuckin' early):
Born in 1975
Played the Melodica in 1978
Sang some ABBA Songs in 1979
Played in the one and only Recorder Flute Band of Romania since 1981
Playing the Piano since 1982
Played the Harp since 1983
Playing the Hohner PK120 Kids Keyboard since 1986
Co-Founded the Metal Band "Knüppeldeath" and played Bass Guitar in 1991
DeeJayed on his first Party in 1998
Became a Indiepop/Britpop DJ in 1999
Became a Bastard Pop DJ in 2000
Became a Breakbeat DJ in 2001
Evolved to a House Techhouse Techno Whatever DJ in 2004
Became a Promoter and Resident at the Golden Gate Club in 2005
Still DJing there.
More great stuff to come ...