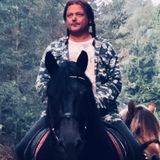 Øyvind has been spinning records since the early eighties. He is considered one of the pioneers of Norwegian club culture.
He has had residences at legendary clubs in Oslo as Project, The Tribe, Underground, Oslo Energy, Kristiania, Elefant ++.
He has been involved in a number of record productions, and he was behind the first raves that were arranged in Oslo from the beginning of the nineties.
He has played with many famous artists such as Underworld, The Orb, Fluke, Roger Sanchez, Adamski, Boy George and Laurent Garnier to name a few.
He moves in a musical landscape that involves both house and techno. Genre is not as important as choosing the good tunes, he says.
Yet he finds his music in deep house, techno, progressive and tunes influenced by ethnic music
In addition to playing in the big cities in Norway, he and some friends have started the forest club concept "Safari" in Kragerø, Telemark.k