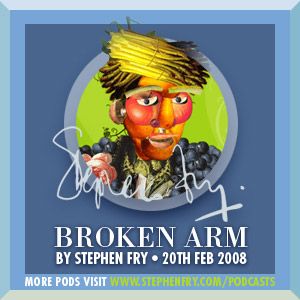 Stephen Fry discloses his work for the past two years including his performances for ITV’s series “Kingdom”, script writing for director Peter Jackson’s forthcoming film “The Dam Busters” and the pitfalls of filming in the Amazon jungle and breaking his arm whilst preventing his not inconsiderable weight from plunging into the murky depths of the Amazon River.

I really need your support, please! Only what you need is to put this mix in your favorites and play it. Thank you for helping. It's for competition. I think you will really like the sound. ;)
http://i.mixcloud.com/CNF6u
I will appreciate your support a lot! I will return you support anytime you want. Spread this mix if you can. Love & peace! QB.

So glad to see you on Mixcloud Mr Fry. Welcome!

Such a smoothing, melodic voice. Will there be more upto date Podcasts to come?